Collins Avenue in Miami, Florida
Giants vs Dodgers in the first west coast baseball game in 1958
From the 1996 TV movie "Soul of the Game". Legendary battle between aging pitching star Satchel Paige and slugger Josh Gibson
Song of the Day
The Moody Blues | Nights In White Satin
The Bee Gees - brothers Barry, Robin and Maurice Gibb
The Bee Gees Musical Group - A singing trio of brothers, Barry, Robin and Maurice Gibb, the three co-wrote most of their own hits. The bands record sales totaled more than 200 million, making them one of the best-selling music artists of all time. Inducted into the Rock and Roll Hall of Fame; their citation states “ Only Elvis Presley, The Beatles, Michael Jackson, Garth Brooks and Paul McCartney have outsold the Bee Gees”. They were proclaimed as being “The Most Significant New Talent of 1967” and an immediate comparison to The Beatles.
Explore America
Miami to see the Art Deco 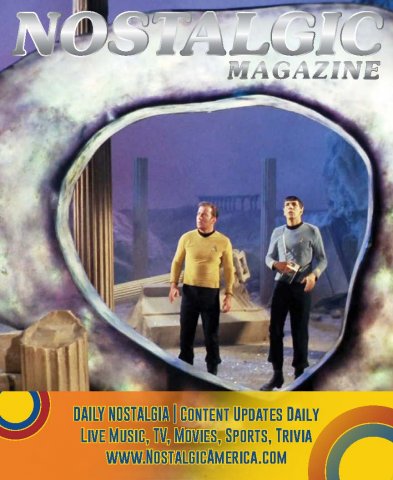 If you could attend one game | who do you want to see play?

What movie is this scene from?

The first owner of the Marlboro company died of lung cancer.

The first novel written on a typewriter: Tom Sawyer

TV Show of the Day
Peyton Place - 1966 episode
Sammy Davis performs his big world-wide smash hit recording of "The Candyman" in 1972
Joe Theismann – Quarterback for Notre Dame
He became the starting QB as a sophomore after Terry Hanratty was injured late in the season. As a junior, he led the Irish to a number five ranking. That season he set school records for passing yards (526) and completions in a game (33) against USC. In his senior season he led the Irish had a 10–1 record and a number two ranking. As part of the marketing campaign for him to win the Heisman Trophy that year, he changed the pronunciation of his name to rhyme with the award. Despite the creative stunt, he finished # 2 in the voting behind Stanford’s Jim Plunkett.
Interview of the Day
Bill Gates 1996 interview | Charlie Rose
Martin Luther King's Last Speech: "I've Been To The Mountaintop" - He delivered it on April 3, 1968 at the Mason Temple in Memphis, Tennessee

Our Winter Carnival is an Ivy League tradition, where is this ?

Yankee Stadium in the 1920s

LA Coliseum home to the Dodgers when they moved to LA