Early Cable Cars in San Francisco
NBA 100 Greatest Plays (1950-1999)
The White Sox disgraced baseball and Chicago in 1919
Song of the Day
Carole King, Celine Dion, Shanaia Twain, and Gloria Estefan | You've got a Friend
The Courtship of Eddie's Father - Preview Clip
The Courtship of Eddie's Father is a television sitcom based on the 1963 movie of the same name, which was based on a novel by Mark Toby. The series is about a widower, Tom Corbett played by Bill Bixby, who is a magazine publisher, and his young son, Eddie played by Brandon Cruz. Eddie believes his father should marry, and manipulates situations surrounding the women his father is interested in. ABC had acquired the rights to the story; the series debuted on September 17, 1969, and was last broadcast on March 1, 1972. Bixby received an Emmy nomination for the show
Explore America
Any Roller Coaster anywhere

Who is the Greatest Olympian?

Which movie won Best Picture in 1966?

I was replaced by Gerald Ford for the second term, who am I ?

With this unique kick, Who was this star pitcher ?

The 3 Musketeers bar was originally split into three pieces with three different flavors: vanilla, chocolate and strawberry. When the other flavors became harder to come by during World War II, Mars decided to go all chocolate.

Contrary to popular belief, Marilyn Monroe was nowhere near a “Plus” size 12 -16, she was closer to a us size 0. 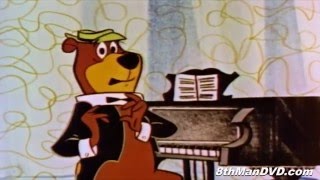 TV Show of the Day
THE YOGI BEAR SHOW - 1961
Norman Lear discusses creating the show Mary Hartman, Mary Hartman
Mary Hartman, Mary Hartman is a satirical soap opera that aired in daily (weekday) syndication from January 1976 to May 1977. The series was produced by Norman Lear, directed by Joan Darling and Jim Drake, and starred Louise Lasser. T The show's title was the eponymous character's name stated twice, because Lear and the writers believed that dialogue within a soap opera was always said twice.
Tom Seaver leads the Miracle New York Mets to the 1969 World Series Title
Legendary Pitcher Tom Seaver played most of his 20-season career with the New York Mets. He won the Rookie of the Year in 1967, and then two years later, in just his 3rd season, he won 25 games, the Cy Young Award, and led the Miracle Mets to the 1969 World Championship. Tom Seaver was a 3-time Cy Young Award Winner, a 5-time 20-game winner, and a 12-time All Star during his remarkable career. Seaver compiled 311 career victories (# 18 all-time) and 3,640 strikeouts (# 6 all-time). Tom Seaver was elected to the Hall of Fame in 1992, his first year of eligibility, with 98.8% of the votes, which is the highest percentage ever.
Interview of the Day
John Lennon on Dick Cavett | September 11, 1971
Power lunch at a Cafe in Hollywood in the 1950s
The Best of Jack Nicholson

Referred as the Velvet Fog, who am I?

Learn more about our collectable publication!